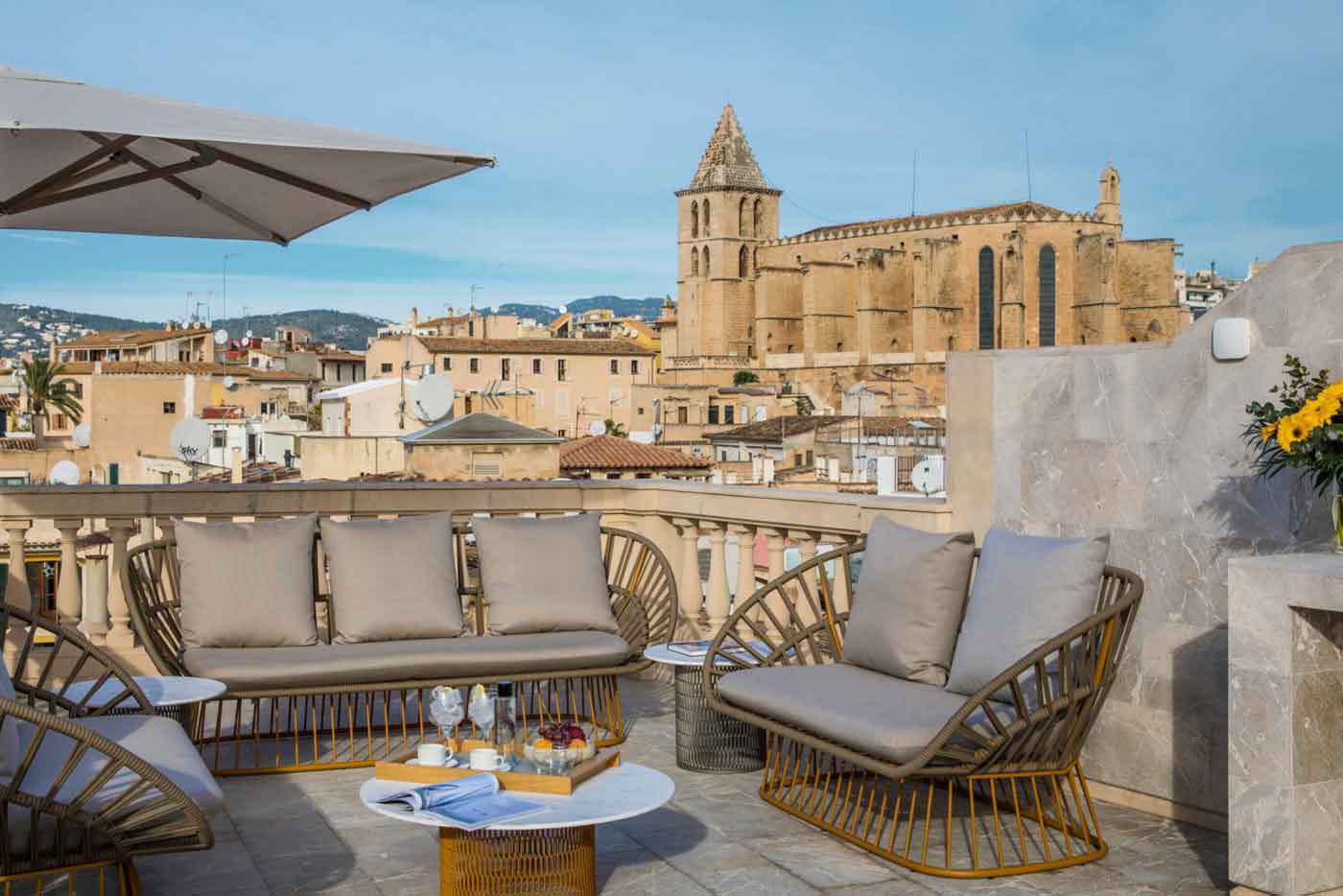 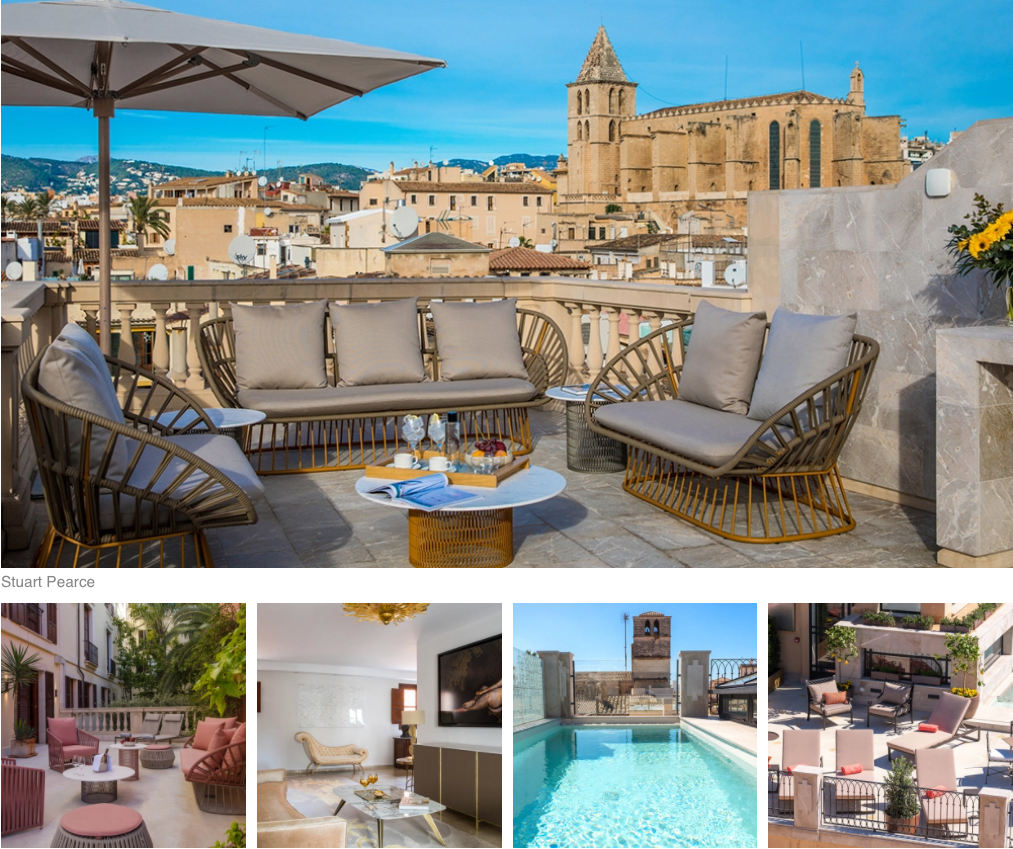 Majorca has always suffered from multiple personalities. It’s possible you’ve only witnessed the Balearic island’s boisterous side—the raucous beach party scene set within a string of high-rise hotels lined up one after another along the Mediterranean coast. But there’s a calmer side to this Spanish isle, in the capital city of Palma. More soulful, more authentic, it has long been a quieter counterpart to the coast’s noisy beach resorts—so much so that almost nobody cared enough to visit. But this summer, Palma is stepping out of the shadows and ascending as the island’s buzzier (and, we’ll say it, better) place to stay.

A collection of new five-star hotels is largely to thank for the transformation. But it wasn’t the usual case of big-box luxury-brand takeovers—Palma’s strict zoning laws make that kind of overdevelopment impossible—as much as it was a series of calculated renovations that have reclaimed Majorca’s history and culture. Take Hotel Glòria de Sant Jaume, which, like most of the new-wave properties that opened here in the last year, claims one of the resort city’s most storied landmark buildings. Located in a restored manor house dating to the 16th century, the hotel proudly shows off its elegant old bones—original frescoes and beamed ceilings included—but it also adds 21st-century amenities, such as a sauna, hammam and pool.

Further proving that old buildings can make for the best hotels is Palacio Can Marques, an 18th- century mansion set along Palma’s marina. Its 13 suites are furnished with Murano chandeliers and hand-woven carpets, and some have private terraces. We’re particularly smitten with the hotel’s epic patio framed by alabaster Gothic columns (where a crisp Negroni has never tasted better), not to mention its private yacht available for pleasure cruising on the Mediterranean.

If that can be topped—and we’re dubious it can—it will surely be at Can Bordoy Grand House & Garden. The newest kid on Palma’s block opened in January in a restored 16th-century estate with 24 suites decorated in velvet and marble. Ring your butler when you’re ready for a dip in the pool, and he’ll prepare a chaise within the historic private garden, which has been replanted with cherry and olive trees.

Palma is stealing the dining spotlight on Majorca, too. No longer content to turn out mediocre tapas in tired restaurants, a younger generation of local chefs is giving the capital its culinary due, from Michelin star Andreu Genestra—who just opened his second outpost, Bala Roja, at the Hotel es Princep—to Adrián Quetglas, whose eponymous restaurant recently earned Palma its second Michelin win. At Can Bordoy’s Botànic, Andrés Benitez is planting the seeds of further star potential with his fresh Mediterranean cuisine, much of it sourced from the island itself. And at the art-filled Fera, Simon Petutschnig is twisting old Majorcan staples with modern Asian accents, as evidenced by his smoked suckling pig doused in hoisin and orange. It’s an island classic that’s been given a new lease on life, much like the revitalized city of Palma itself.