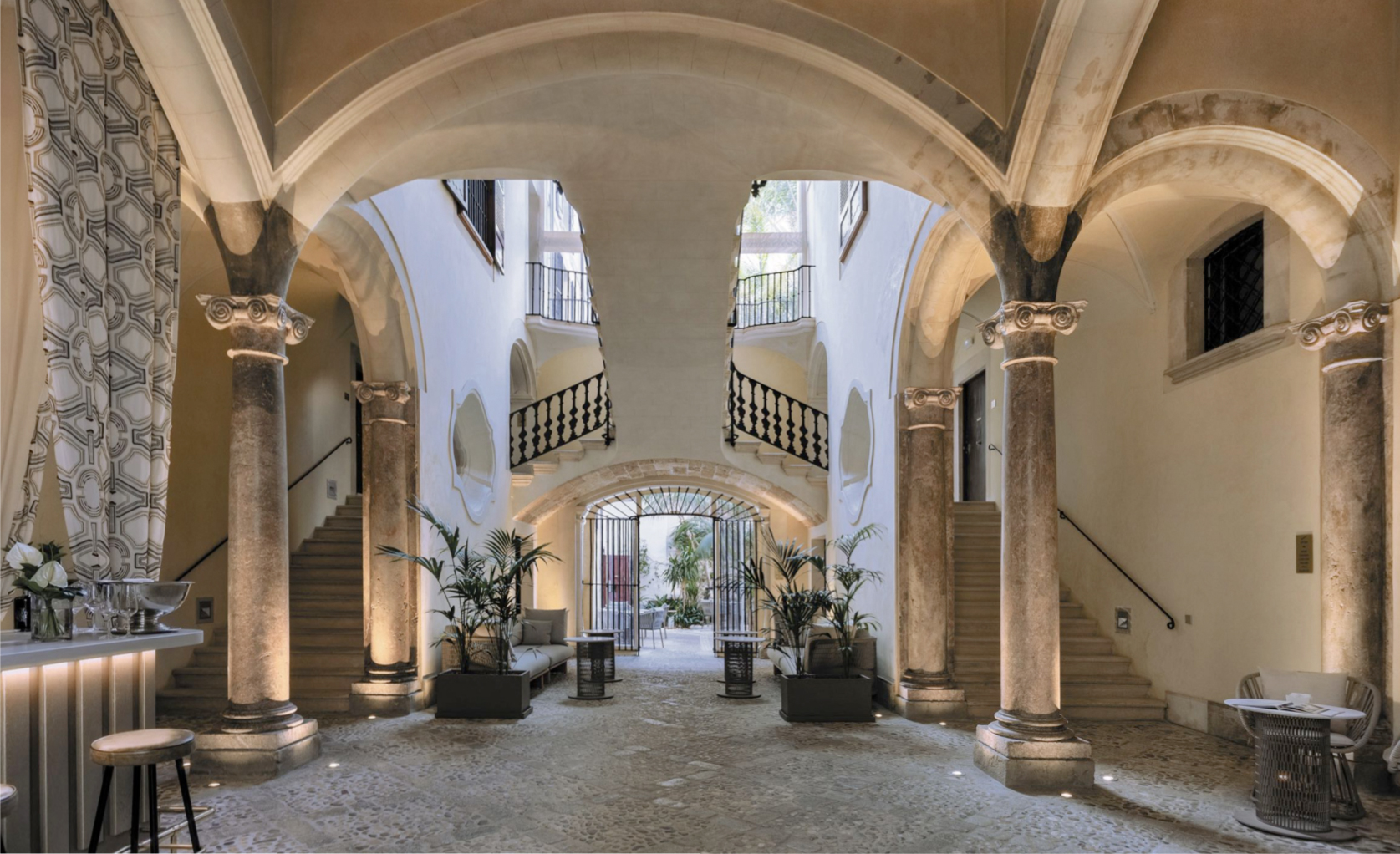 Born in the Republic of the Congo and raised in Paris, Aline Matsika is the woman responsible for the impressive change that can be witnessed at the Palacio Can Marqués. With offices in New York, Paris and Hamburg, the interior designer has dedicated several years to crea- ting unique environments, merging her cos- mopolitan style with African and Asian influences.

With more than 15 years of experience, Aline Matsika has carried out projects in exclusive apartments in the New York area of Park Ave- nue, The Hamptons, Paris, Germany, etc., many of which have captured the attention of prestigious international magazines such as The New York Times, Architectural Digest, Maison Object and even Vogue.

Creating the perfect balance between tra- ditional and contemporary, the interior de- signer has introduced an innovative fusion of different eras with modern furniture and antique artwork in the Palacio Can Marqués, making it one of the most exclusive bou- tique hotels in Palma’s old town.
“The most important aspect of a project for me is the lighting, the rugs and the artwork. These three things are what really give the room its spirit” explains the interior designer. In Concept Ethnique and Mosaic LLC, her Paris and New York stores, we find just that, a collection of African and French antiques, decorative objects and artworks that will transform any space into something unique.

I like to mix more contemporary styles with a classic touch and some Asian and African artefacts.

We visit the magnificent boutique hotel to catch up with Aline Matsika who tells us about her experience in the fashion world, the influence of African culture in her de- signs and the most challenging aspects of decorating one of the most historic build- ings in Palma.

How would you define your interior design style?
When working with a client I like to interview them, see what colours they like, materials, what sort of style appeals to them. Sometimes people love many things without any sort of correla- tion so it’s important to understand how we can merge these in a way that effectively re- flects their personality.
The most important thing is to produce a comfortable home that meets the needs of a client. Therefore, when people ask what my style is, the answer is always that it adapts to the client.
However, for myself, I like to mix more con- temporary styles with a classic touch and some Asian and African artefacts.

Would you say there is an influence of African culture in your designs?
Yes! I was born in the Republic of Congo but grew up in Paris with my family and I think that, subconsciously, the way I work comes from my background.
I would say there are some influences of Afri- can culture in my designs but, above all, you can feel the French Couture. I have also adop- ted the cosmopolitan Anglo-Saxon style from being based in New York.

We have read that you studied Marketing at Paris University. How did you take the leap into the world of interior design?
In 1996 I decided to open a decorative con- cept store in Paris. Due to my marketing background, I was familiar with the econo- my and didn’t need a study of the market. I knew exactly where to position myself and it was an immediate success. While travelling around Africa, I reconnected with my back- ground and began to collect pieces of Afri- can art to introduce to the store and people loved the fusion.
Two years later, I opened another store in Paris but I had always been fascinated by America and my next goal was to conquer New York. In the year 2000, I achieved it and opened my Mosaic LLC store in the Big Apple.

You spent several years working as a model all around the world. Do you think those years influenced the way you perceive the design world?
Subconsciously yes. Because of the fashion world, I developed a sensitivity towards tex- tures, fabrics and patterns. I’m completely in love with fabrics. I have millions of samples in my New York office! I like things being very smooth in terms of colour for both interiors and clothing. I like gradients of colours, for example, if I choose a pink, I’ll go from fuchsia to pastel, add a touch of terracotta, etc., just like I did in the suite Rose.

How was the idea of renovating this incredible palace born?
I met my client when working on his residence in Germany and, when we met at the Palacio to discuss it all, I was astonished and suggested that it would be a great place for a boutique hotel. My client was never fond of the idea, however, two years later he agreed to carry out the project. Maybe he’d seen how Mallorca had changed in recent years and the quality of tourism that had arrived.

And how does decorating an 18th century palace compare to your other projects?
It’s the biggest project I’ve done, by far! I’ve worked on incredible homes in New York, houses in the Hamptons and apartments in Park Avenue, but all of these ranging from 250 to 700 m2.
The Palacio had been renovated 20 years ago but never with the purpose of making a boutique hotel.

The boutique hotel has 13 suites, all unique in design and decoration. Were there any that you found more challenging to decorate?
The Riad is the 380 m2 presidential suite that has 3 bedrooms, a fully equipped kitchen, a dining table that hosts 12 people and much more. In the past, it only had one room so creating two more was a challenge.
The space itself has a tower that used to have an 8-metre tall kitchen and a dining room. We decided to divide the height of the kitchen, install a bathroom above and, at the very top of the tower, a suite with 360 degree views of the city. The Cathedral on your left, the harbour in front, Son Vida on your right and the Tramuntana behind you.
The Riad is completely different. It’s definitely a highlight and surprises all who set foot in it. 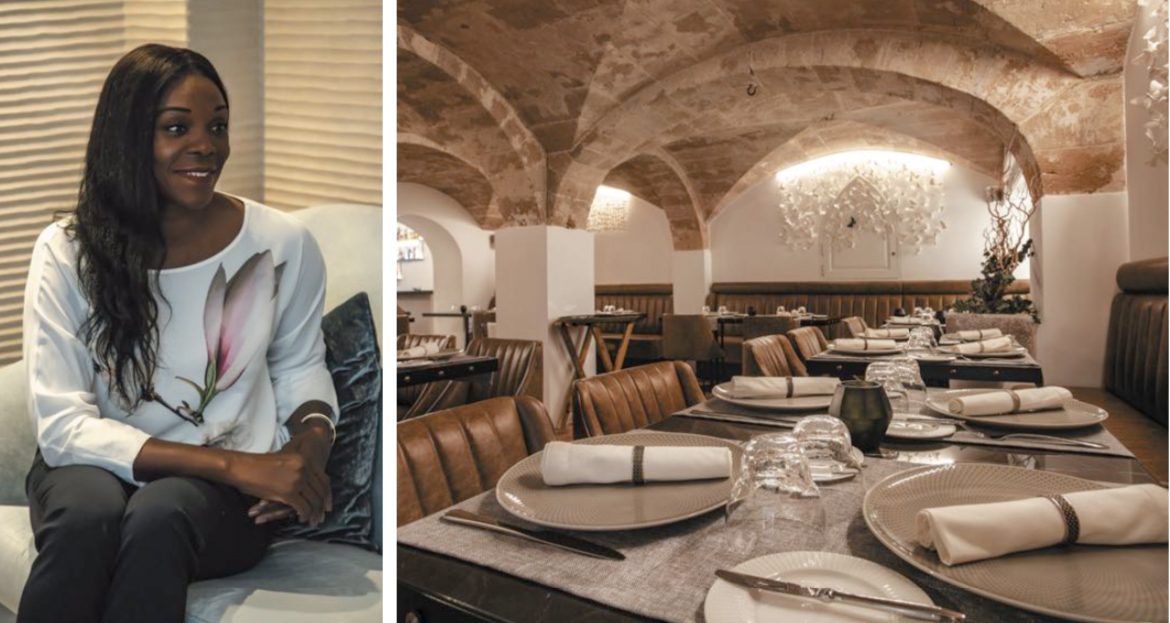 Lastly, do you have any future projects in mind?
I’m currently working on a project similar to the Palacio Can Marqués but on a smaller scale. It’s an impressive 1000 m2 house over- looking the harbour in the hills of Cannes, France.
I think it’ll be a very interesting result. 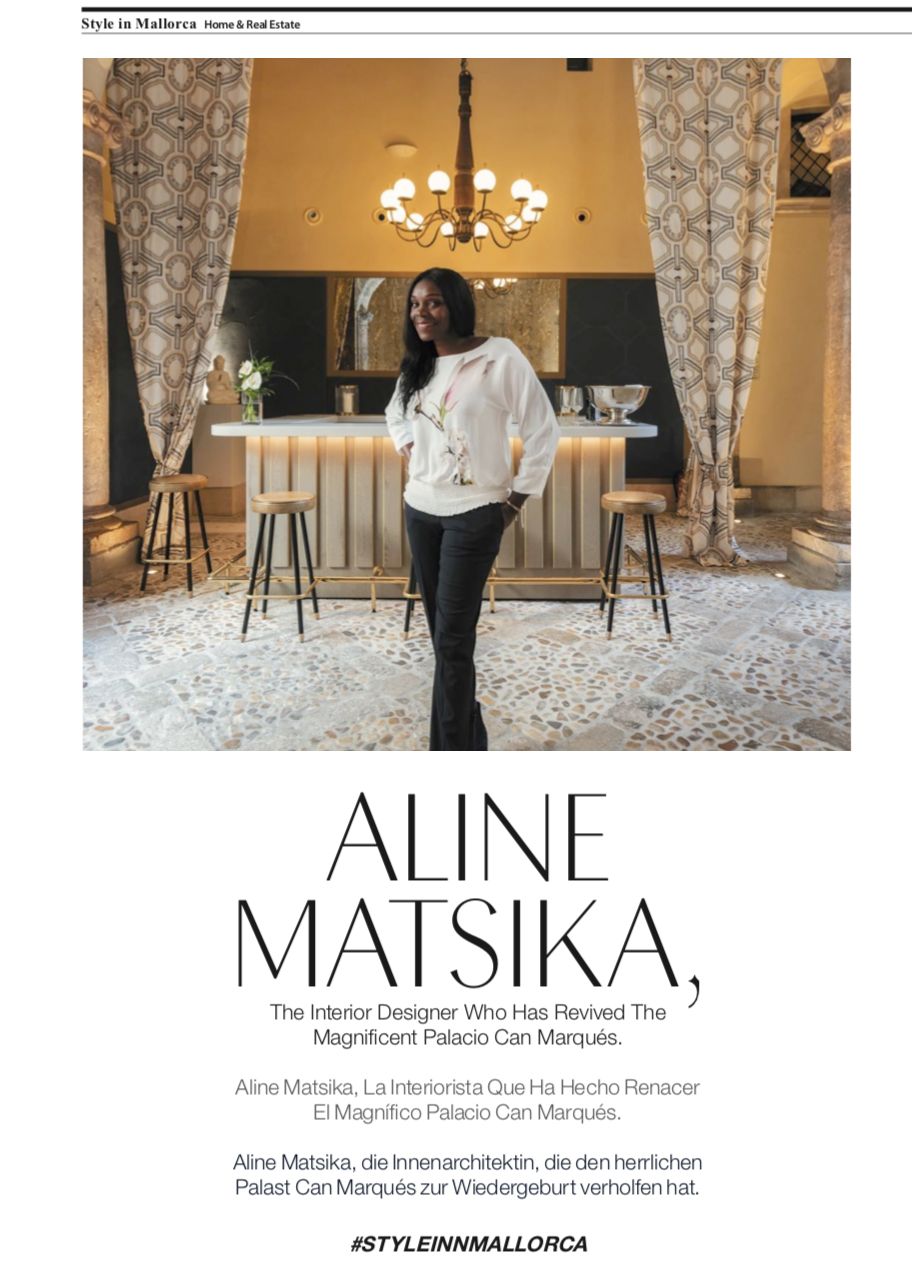